“No man is an island,” John Donne famously wrote. In recent years, neuroscientists have caught up with the wisdom of the 17th century poet in recognizing how important–in fact, essential–it is for us to stay connected and engaged with other people. END_OF_DOCUMENT_TOKEN_TO_BE_REPLACED

4 Steps to Becoming a Better Reader

How do we learn to read? It isn’t as simple as you might think. In a recent article, Sabra Gelfond, Speech-Language Pathologist and Executive Director of the National Speech / Language Therapy Center, compared the way we learn to read to the way a house is built. There are four major steps to both, she points out, and in both home-building and brain-building, laying a strong foundation is critical.

END_OF_DOCUMENT_TOKEN_TO_BE_REPLACED

We are recruiting Volunteers

We are recruiting Volunteers and Interns in our Ikeja and Lekki Centres in Lagos.  If you or someone you know is interested, send an email with a cover letter and CV to info@braintrainingcentre.org.ng.  We are looking for enthusiastic and professional people who have a passion for supporting people with learning challenges to excel.

END_OF_DOCUMENT_TOKEN_TO_BE_REPLACED

Millions of People sweat their way through the work week. Ask anyone from welders to pastry chefs, road construction crews to factory workers during a sweltering summer: Extremely hot and humid working conditions are not confined to tropical countries. END_OF_DOCUMENT_TOKEN_TO_BE_REPLACED

Try these three tips to help you become more focused and productive:

Typically, we do mindless work first and build up to the toughest tasks. That drains your energy and lowers your focus. “An hour into doing your work, you’ve got a lot less capacity than (at the beginning),” Rock says. “Every decision we make tires the brain.”

In order to focus effectively, reverse the order. Check off the tasks that require creativity or concentration first thing in the morning, and then move on to easier work, like deleting emails or scheduling meetings, later in the day.

END_OF_DOCUMENT_TOKEN_TO_BE_REPLACED

How to Retrain Your Brain for Success

We all share one world, but we really live in different realities. The way you see the world and the way you understand it can be completely opposite to the person sitting next to you. I am not referring to someone seeing a blue elephant when they are actually looking at a chair. Your individual views and beliefs about the world were formed as you grew up, based on what you saw, heard, felt and experienced and this is what has given you the reality you find yourself living in now. END_OF_DOCUMENT_TOKEN_TO_BE_REPLACED 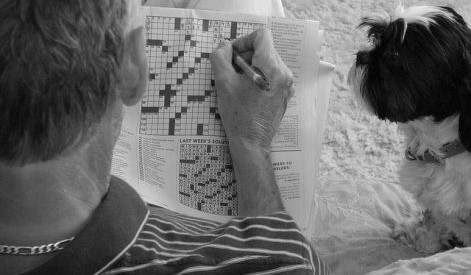 This news article is from Handicare UK. Articles that appear on this website are for information purposes only.

Man doing a crossword puzzle Matt MacGillivray via Flickr
Playing online games could have major benefits for older people according to a study that saw 7,000 people take part in a six-month experiment. Those involved were encouraged to play a 10-minute brain-training package, which included three reasoning tasks and three problem-solving tasks.

END_OF_DOCUMENT_TOKEN_TO_BE_REPLACED 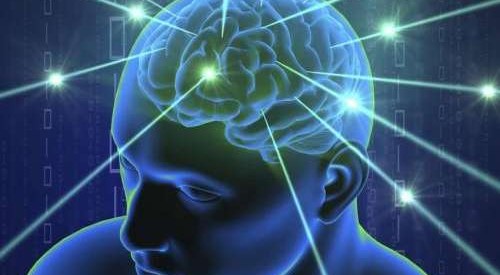 The brain can be trained to regulate negative emotions

A simple, computer-training task can change the brain’s wiring to regulate emotional reactions, according to a recent study published in NeuroImage by Ben-Gurion University of the Negev (BGU) researchers.

“These findings are the first to demonstrate that non-emotional training that improves the ability to ignore irrelevant information can result in reduced brain reactions to emotional events and alter brain connections,” says Dr. Noga Cohen. Cohen conducted the study as part of her Ph.D. research at BGU’s Cognitive Neuropsychology Lab under the supervision of Prof. Avishai Henik of the Department of Psychology.

END_OF_DOCUMENT_TOKEN_TO_BE_REPLACED

Let’s do a bit of physiology – Do you know the essential features of brain training?
Increasingly, scientific evidence tells us that we can dramatically increase the probability of staying mentally and physically fit throughout our lives.

Physical exercise, good nutrition, social connection with others, and mental stimulation all play important parts in insuring that our brains remain sharp and agile.

END_OF_DOCUMENT_TOKEN_TO_BE_REPLACED

Secret 1: We all have a primitive brain. The amygdala controls our reactions and emotions, and it works much faster than our conscious, rational mind, Garner says. In fact, we experience gut reactions in three seconds or less. Emotions make a more lasting imprint than rational thought.

Secret 2: Our brains love images. Our brains process images much faster than text. Approximately 90 percent of all data that the brain processes is visual. We remember pictures with text more than we remember text alone.

Secret 3: Our brains love images of faces. Research suggests that natural selection favored humans who were able to quickly identify threats and build relationships. As part of that, we are wired from birth to recognize and prefer human faces. The part of the brain that processes human faces is right next to the part that processes emotions.

Secret 4: Colors inspire specific feelings. There’s more to color choice than what looks good. Different colors cue different signals in a brain. In fact, research has shown that 62 to 90 percent of our feeling about a product is determined by color alone. Yellow activates the anxiety center of the brain. Blue builds trust. Red creates urgency. And that’s just the start.

Secret 5: Names change behavior. What something is called affects our reaction to it. A recent study by David R. Just and Brian Wansink of the Cornell University Food and Brand Lab found that calling the same portion of spaghetti “double-size” instead of “regular” caused diners to eat less.

Secret 6: We crave belonging. We have an innate desire to conform. “When people are free to do as they please, they usually imitate each other,” said philosopher Eric Hoffer.